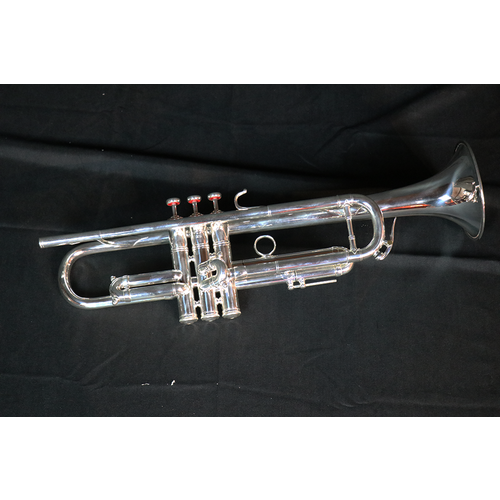 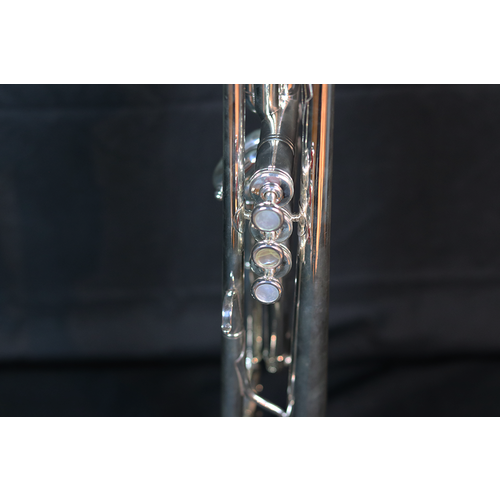 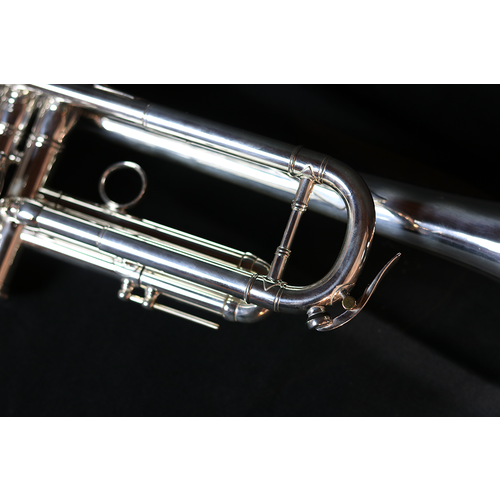 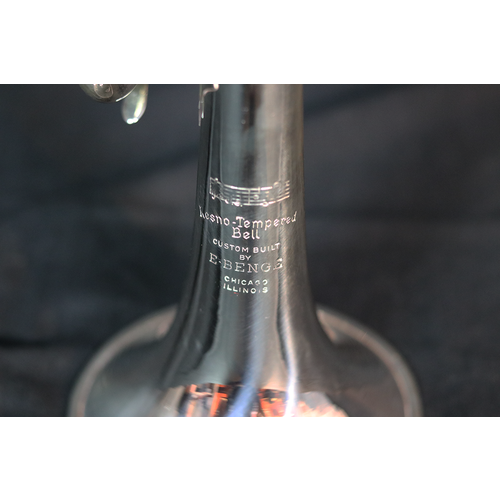 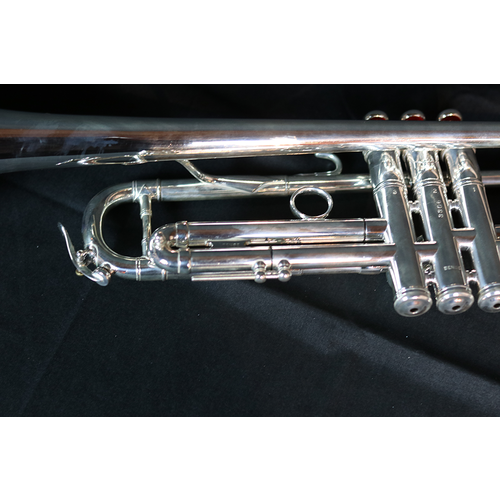 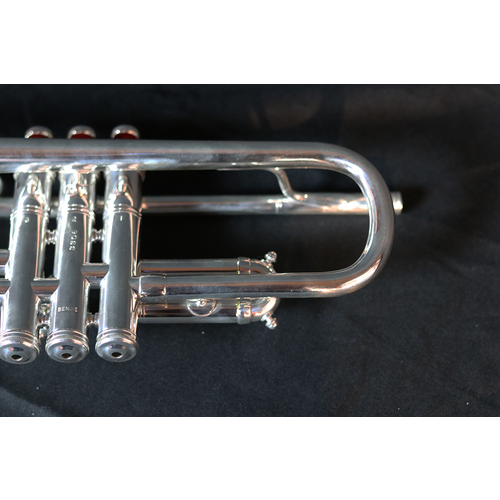 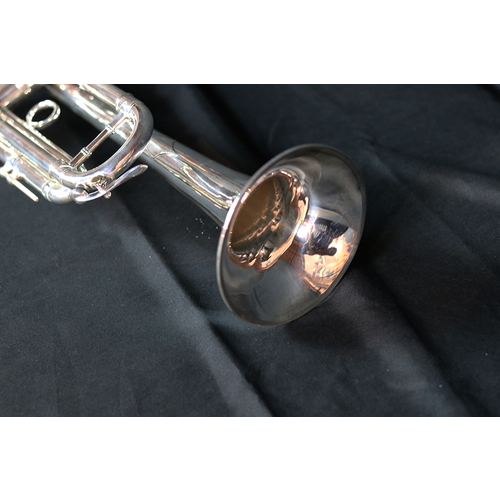 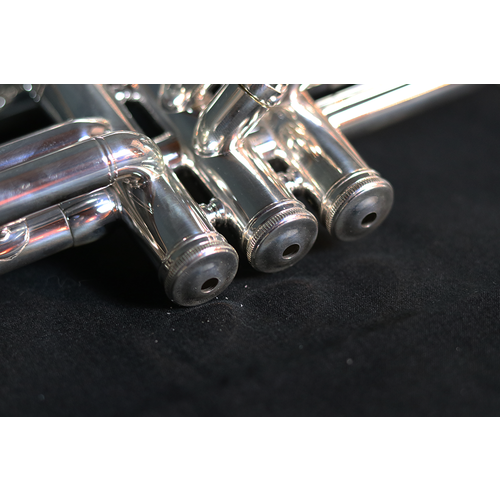 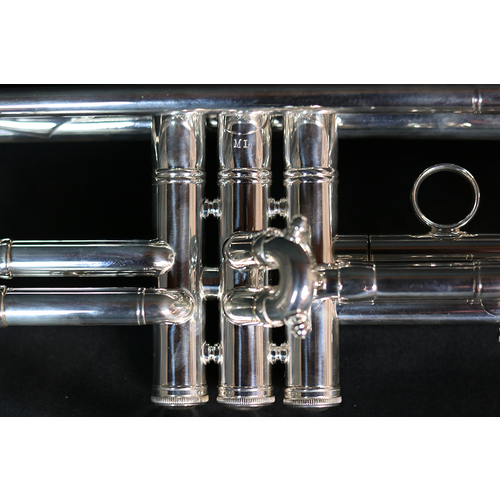 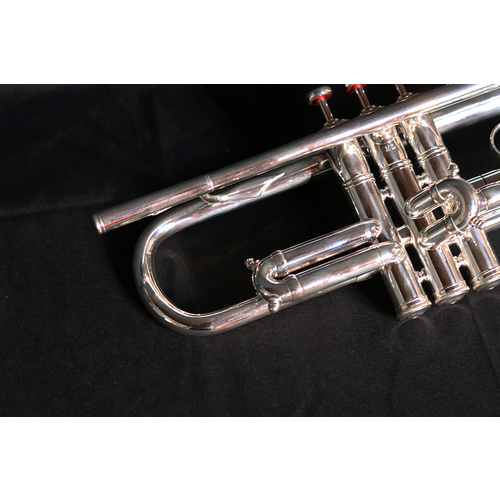 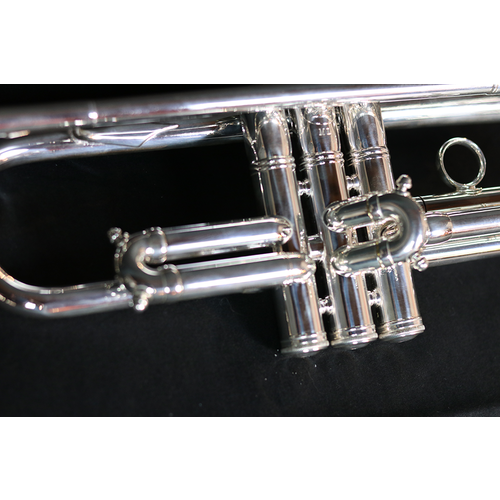 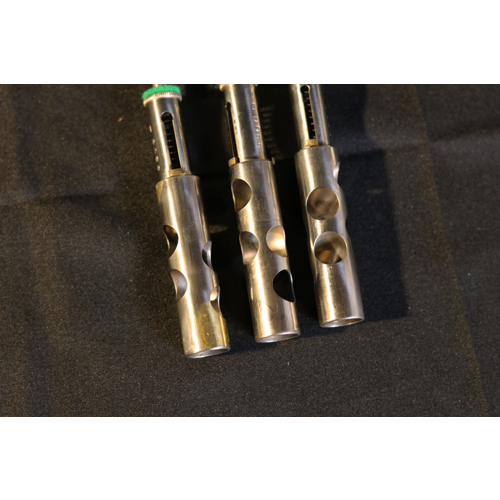 0 reviews
Add your reviewAdd your review
$3,000.00
1 in stock
Ordered before 17:00, delivered tomorrow.
You still have 00:00:00 hours to complete your order.
Product description
Description

'We are passionate about providing the best

Model
ML Chicago
Description & Condition
For Sale is a a Medium-Bore trumpet made in the original chicago factory. This trumpet is in fantastic condition with no wear on the plating. There are no noticeable dents as well! The pistons have plating light plating wear, mainly on the 1st. (Photo attached) Slides move smoothly, pistons move smoothly. This is a gorgeous piece of history.

History
Born in Winterset, IA, Elden Benge demonstrated remarkable musical talent early on in life. His musical accomplishments would be underscored by his appointment as Principal Trumpet of the Detroit Symphony Orchestra (1928-1933), then further highlighted by his appointment as the principal trumpet with the Chicago Symphony Orchestra from 1933-1939.

After moving to Chicago, Benge began experimenting with trumpet design on his own instrument. Taking measurements of his personal French Besson, he set out for accomplishing ways of improving upon the instrument using pre-made parts and components that he had fashioned in his home workshop.

He continued this process until eventually began advertising and selling instruments under the ‘Benge Company’ name. While there were other notable fine trumpet players that developed and designed instruments back in the 1930s-1950s (Ren Schilke and Vincent Bach to name a couple) those who were close to and familiar with these craftsmen/musicians have been noted to suggest plainly, that while they were all accomplished musicians, Elden Benge was ‘BY FAR’ the most accomplished trumpeter of the lot. Benge may perhaps go down in history as the finest trumpeter to create and design trumpets.

Benge would continue manufacturing trumpets in Chicago until 1953. When he decided to relocate to California, he approached a gentleman who had regularly worked with him, Lou Duda, about relocating to California. Duda, who agreed to do so, relocated his family in advance of Benge’s relocation to get settled down, and began working at the F.E. Olds Factory. When Elden finally made it to Burbank, Duda assumed an ‘unofficially’ appointed position as Shop Foreman.

Lou’s son, John would grow up in the workshop and began making trumpets at age 17. A second generation instrument maker, John Duda, perfected the craft as a bell maker and has become arguably one of the most well-known bell makers in the music industry.

In 2018, B.A.C. Musical Instruments brought Master John Duda into the factory to help pass the torch of ‘American Manufacturing’, and to help scale their ‘Boutique’ manufacturing facility into a production facility that might be more compared to the early days of the Burbank Benge days. Serendipitously, it was only about 7 months after this appointment, that the B.A.C. Musical Instrument found an opportunity to acquire the then defunct Kanstul Musical Instrument factory facility in Anaheim, California, where the ORIGINAL Chicago and Burbank Benge tooling had been carefully curated by Zig Kanstul all of these years.

In December of 2019, B.A.C. Musical Instruments announced to the industry the acquisition of the BENGE company brand. Now armed with the Original Tooling, an original Benge Master Craftsman, and now the original Benge Brand, the company is presently re-developing the ORIGINAL Benge trumpets and is beginning to take pre-orders.
Specifications
One-Piece Hand Hammered - Resno-Tempered Yellow Brass Bell