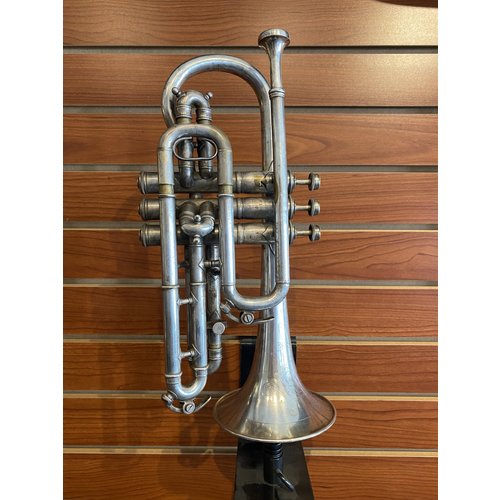 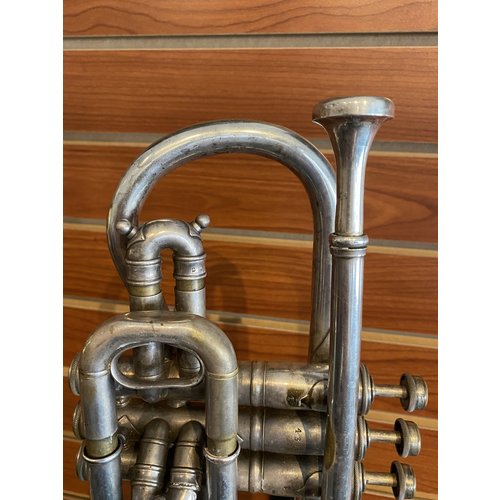 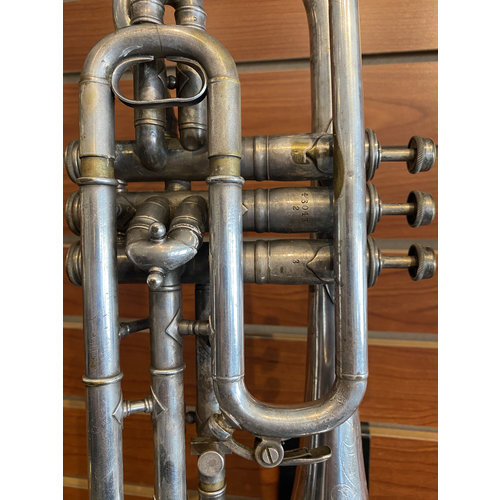 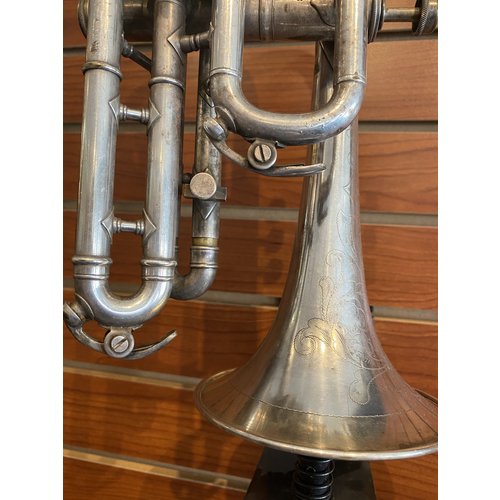 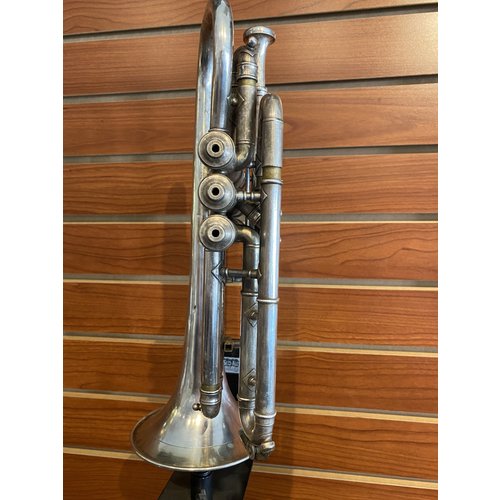 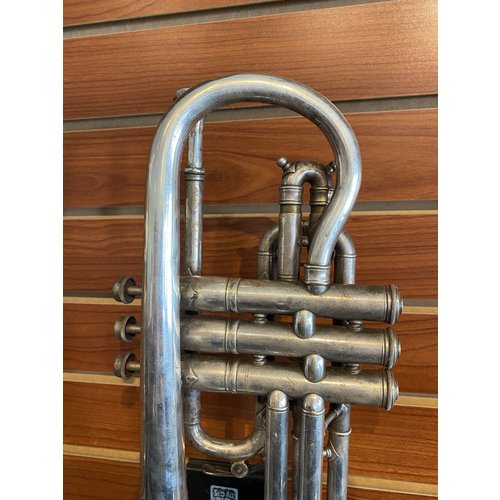 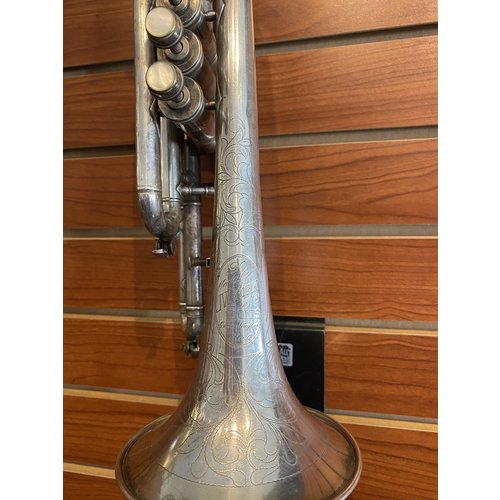 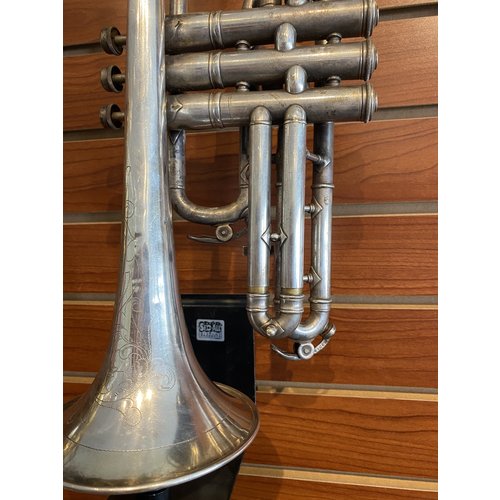 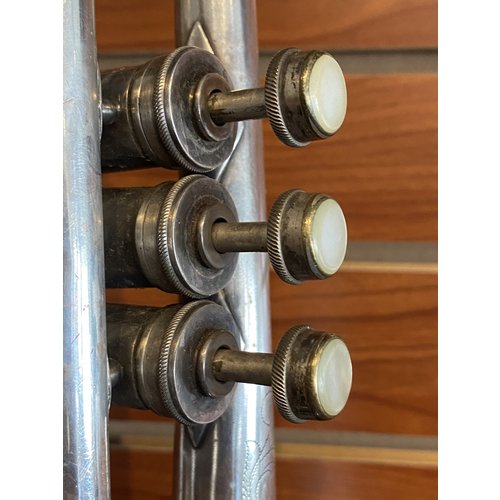 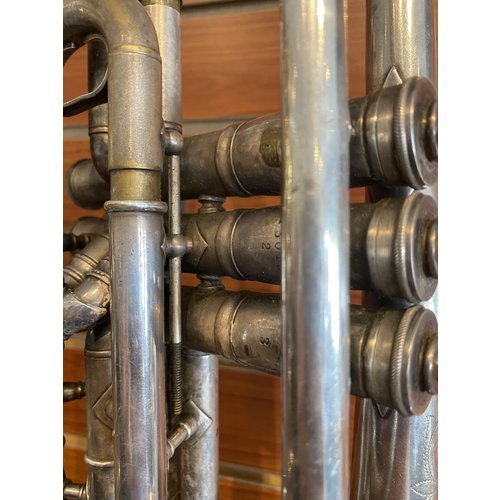 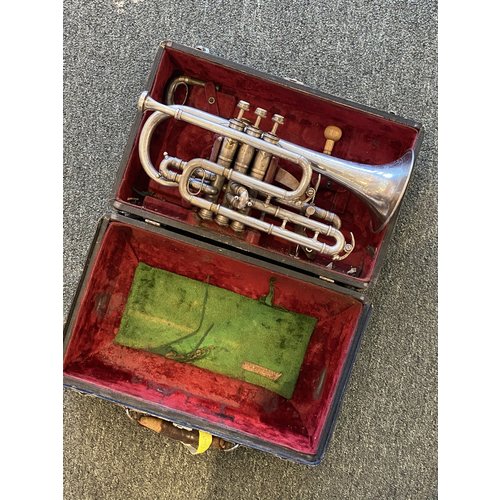 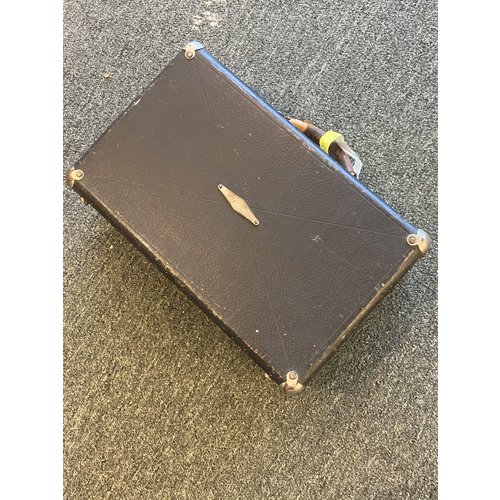 0 reviews
Add your reviewAdd your review
$150.00
1 in stock
Ordered before 17:00, delivered tomorrow.
You still have 00:00:00 hours to complete your order.
Product description
Description

This cornet was made by J. W. York & Sons in Grand Rapids, Michigan in 1915. It is a B-flat/A cornet, Professional model serial #43043, made of silver-plated brass with 3 piston valves and has a quick change slide on the bell side. This cornet is engraved:

The York “Professional” model cornet was put into production around 1903.

James Warren York (1839-1927) began his career as a cornet player in Grand Rapids, Michigan and started repairing and making instruments in 1884. In 1887, his company was renamed York & Son, to commemorate the birth of his first son Charles E. York. Eleven years later, the company was changed to York & Sons, with the birth of York’s second son, Frank W. York. The company went through other name changes before the last name change as York Band Instrument Company. In 1917, James Warren York retired from the business and by 1926, the York family relinquished all control of the company and was subsequently purchased by Carl Fischer.

This horn has obvious lacquer wear, Most of the slides cannot move, 2nd piston is a bit sluggish. Mouthpiece is stuck as well. Solid collector horn!

Complete with two original mouthpieces, Bb and A slide, as well as original case.