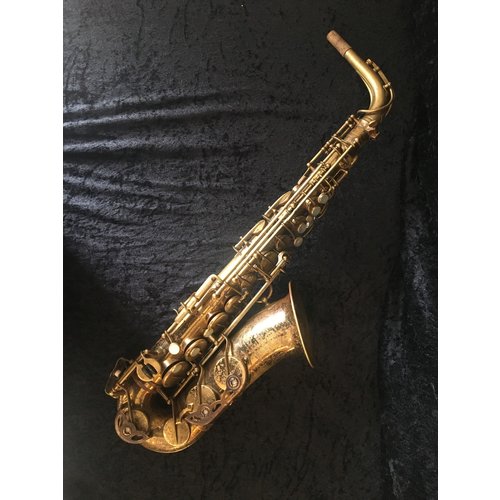 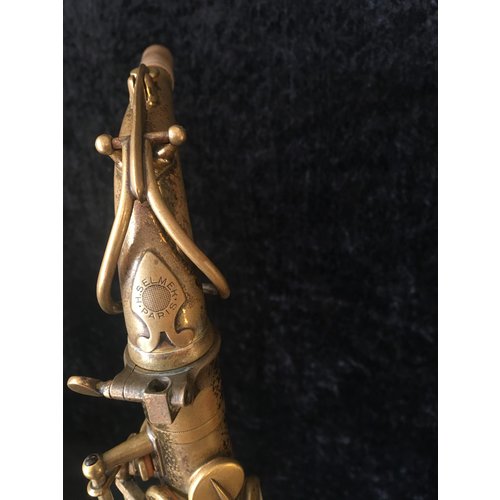 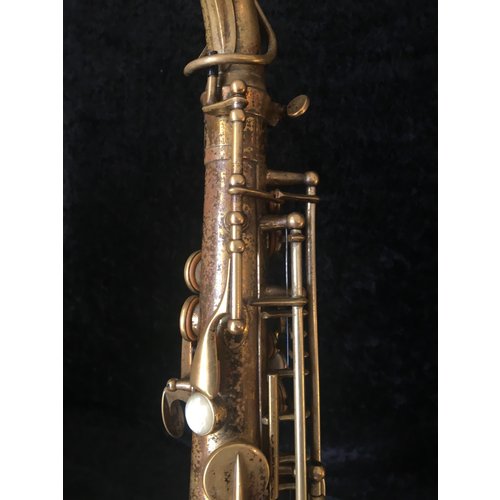 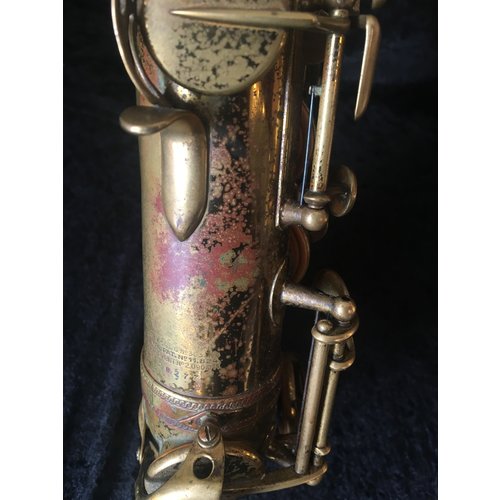 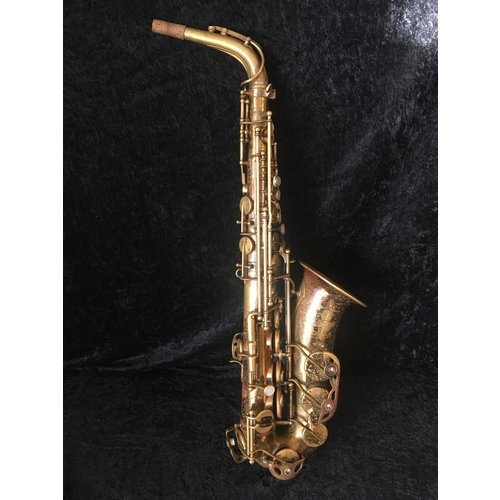 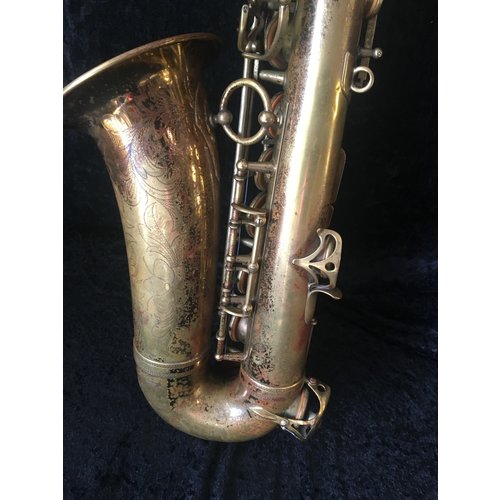 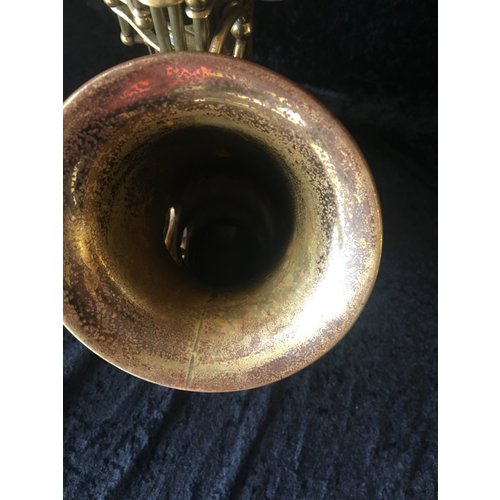 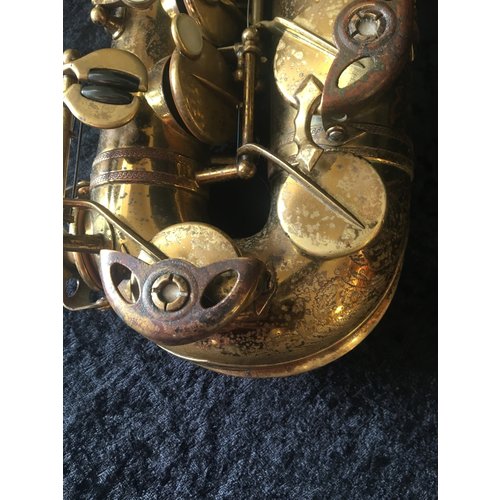 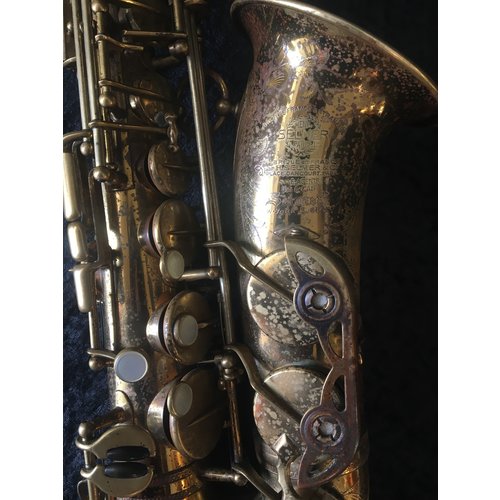 Most of the lacquer is worn off.
Vintage 1930-40s
In great playing shape.
Perfect horn for jazz.
First Selmer horn to put the bell keys together on right side of the bell Read more

Ordered before 17:00, delivered tomorrow.
You still have 00:00:00 hours to complete your order.
Product description
Description

Selmer Paris released the Balanced Action officially in 1935. It was another leap forward for Selmer, and sort of a response to the great American-made saxes that were so popular in the 20's and 30's. It has a bigger bore throughout, giving you some added volume with less effort. It also was the first Selmer horn to put the bell keys together on right side of the bell, a style since copied by pretty much all modern horns. The ads in their day touted the Balanced Action's fast keywork, saying the player would play “25% faster.” A popular model, it was in production for quite awhile. The Super (Balanced) Action was introduced in 1946, with the last Balanced Actions coming off the line around 1948.